·  In autumn, GXG launched a special plan for the sweater category, launched a joint series with Zhi Chen, a famous designer in the international knitting field, and established a “wool company”.

·  In 2021, the IP of “GXG Youth Down Manufacturing Bureau” returned, with the theme of “Going to the Wild”, calling on young people to find their youth attributes in diverse urban outdoor scenes and create down jackets that are more suitable for young people.

·  GXG’s 2021 winter new product launch conference placed the show on the beautiful area of nature - "Qinghai Golmud", setting up a "pro-life camping theme live broadcast room" outdoors, invited Bi Wenjun, a young actor and the brand’s friend, He Guangzhi, a talk show Actor, Chen Peng, a designer, AnnyFan, fashion blogger, and KK the host, came to the scene to share their views on "the relationship between fashion and outdoors".

· The brand logo of gxg jeans has been upgraded, with a new visual image and products, conveying new brand concepts.

·  gxg jeans crossed over with popular IPs such as Popeye, BEYOND CLOSET, and Mr. Qi and Miao-Ms., to carry out the fun to the end, and young people will never be bored.

· YATLAS participated in "Ontimeshow 2022SS / Shanghai Fashion Week", which is the first showroom of the brand; and became the first batch of brands to settle in "THE UNION by Shitang", expanding new channels for Yatlas.

· MODE COMMUTER was launched on September 26th, advocating modern commuting style. The first store in China was located in Baolong City in Binjiang, Hangzhou, and image stores were opened in Ningbo/Nanchang respectively on October 1st.On the same day, the FREE VOLT brand was launched simultaneously, opening its first retail store in Hangzhou and image store in Ningbo on October 26th.

· In October, GXG’s first intelligent space which integrates innovative experimental retail and immersive art – GXG Wuhan Han Street flagship store was opened. It has three floors, with a total area of about 800+ ㎡, and gathers the multi-brands of Mulsanne Group.

· The first self-made IP”GXG Youth Down Manufacturing Bureau” invites Fan Chengcheng, a Cainozoic popular idol, to be the director of this Bereau. The holographic show was broadcast live online and witnessed by 200W audience to break down the boundary of down category and reshape its definition.

· gxg jeans reshaped its brand DNA by co-branding with Godzilla, Meihua, Pack-man and 7-Up, and made many young fans become brand fans.

· On May 27, 2019, Mulsanne Group officially landed on the Hong Kong Stock Exchange to ring the opening bell, with the stock code 1817.HK.

· Under the brand concept of “China X (China Crossover)”, with # IT'S MY GAME # as the theme, GXG (products of 2019 winter)cooperated with Tetris, trying to make the young generation growing up under the digital wave respect the rules in life; however, create infinite happiness in the ordinary life, always keep an independent personality, and return to the true self. 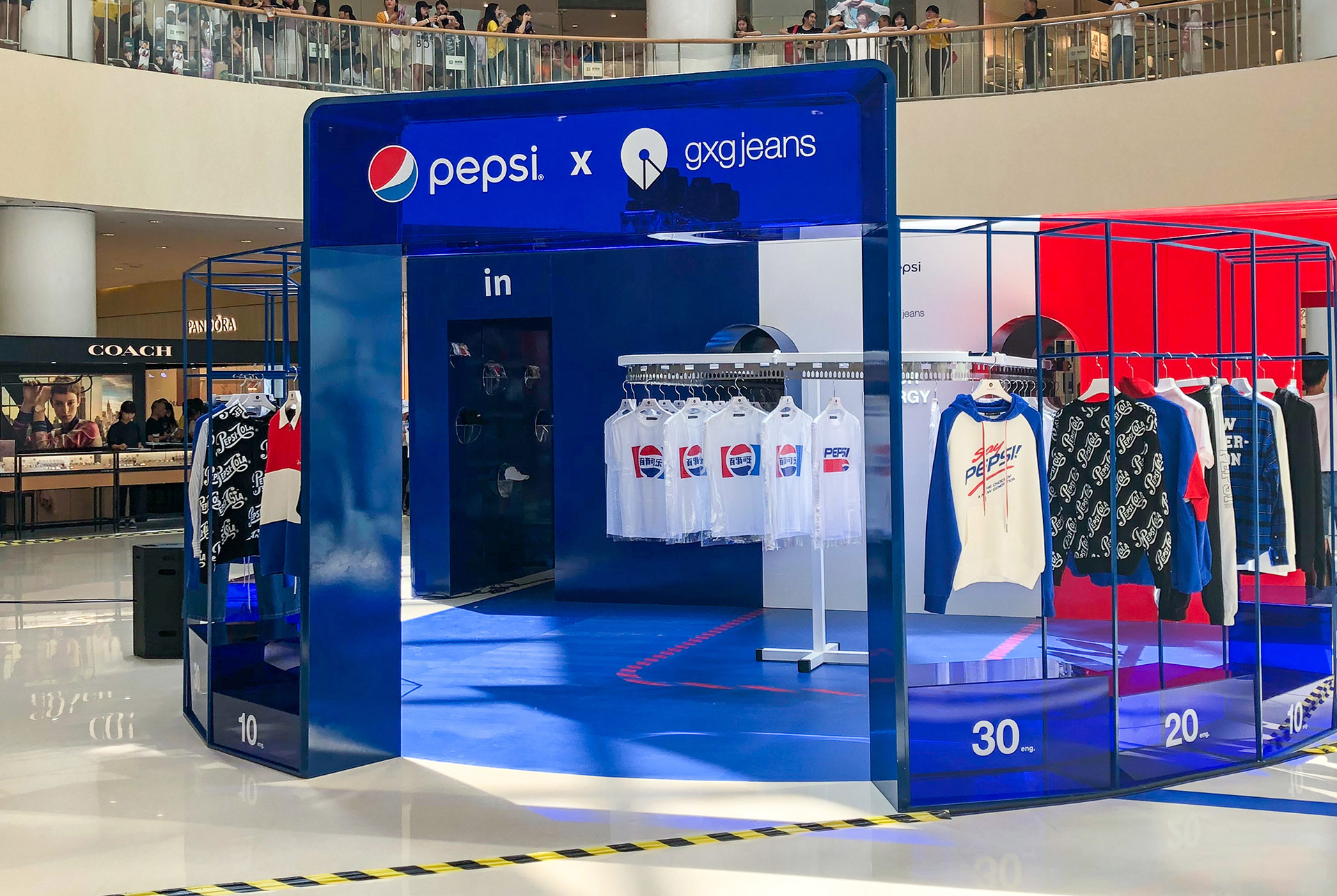 · We move the first step in globalization: the GXG store in Sands, Macau, and the Venetian Yatlas store in Macau, two new overseas stores were first opened.

· We develop with new technology: GXG worked with Fast & Furious 8 to launch the AR black technology series to create “a T-shirt which can watch movie”, using the New York City series and the pure white inverse space-time series to interpret 3D fashion.

· We continue to cross border: we worked with the “Godfather of Street Art” Ronenglish to launch a joint collaboration series, interpreting fashion and youth with product art.

· Online and offline business were on the upgrade, with the total sales performance exceeding 8 billion. E-commerce went back to the peak. The GXG brand exceeded 274 million on Tmall 11.11, winning Tmall men’s wear No.1. GXG’s integrated marketing Happy G Time on Tmall 11.11 won the Gold Award for Men’s Wear of Golden Wheat Awards.

· gxg jeans\gxg.kids worked with KRUNK Bear to launch a joint collaboration series, deducing “fashion is defined by me”.

· GXG has teamed up with box office filmmakers - Mr. Six for video and blockbuster covers and has partnered with 300 cinemas in 28 cities across the country.

· The flagship gxg.kids store was opened on August 6th.

· The national tour with #GXG China Music Tour # as the theme opened the curtain.

· The Group achieved success or failure strategic cooperation with all kinds of strong department stores.

· On Tmall 11.11, the Group, with the performance of 46 million, ranked the first in the network.

· On August 6th, the official GXG flagship store was opened, and became famous for its performance of more than 10 million on Tmall 11.11.